“We are very concerned about the rise in anti-social behavior by supporters as we approach the end of the season,” England’s association football governing body said in a statement on Friday. “Football stadiums should always be a safe and enjoyable space for everyone, and these incidents are completely unacceptable and have no place in our game.

“It is illegal to enter the pitch at any stadium and these actions put players, supporters and those who run the game at great risk. This simply cannot continue and we can confirm that we are investigating on all incidents.”

Hundreds of spectators packed Liverpool’s Goodison Park ground on Thursday after Everton avoided relegation from the Premier League with a 3-2 win over Crystal Palace. Several people have been arrested according to Merseyside Police. The post-match scrum included an incident between Crystal Palace manager Patrick Viera and a fan.

A video posted to social media appeared to show a fan mocking Viera who responded by kicking the fan. Viera was not arrested and said he had “nothing to say” when asked about the incident at the post-match press conference.

Merseyside Police confirmed they were investigating an altercation on the pitch, saying: “We are working with Everton FC to collate all available CCTV footage and are speaking to witnesses.”

Earlier in the match, dozens of Everton fans flooded the pitch after Everton’s third goal in the 85th minute put their side ahead.

The FA and the Professional Footballers’ Association (PFA) have both called on football clubs to do more to prevent future incidents from happening.

“Since the return of the lockdown, police data shows incidents of fan disorder are on the rise, and this has coincided with an increase in assaults on players by fans,” a spokesperson for the agency said on Friday. PFA in a press release.

“While the wider problem of increased fan disorder requires a coordinated and long-term strategy, clubs, leagues and police must focus immediately on stopping large-scale pitch invasions.

“Encroachment on the playing field is against the law. While the majority of fans can celebrate, it is clear that for a minority this behavior becomes toxic, aggressive and dangerous. This scenario has resulted in an unsafe environment for fans. players and the club People are at risk of being seriously injured or worse. Football authorities need to be tough and send a clear message. These are predictable events, it is a criminal offense and it is unacceptable,” he said. he concluded.

There was another case of fans invading a pitch on Thursday night. After Port Vale beat Swindon Town to secure promotion to the League Two play-off final, Port Vale fans celebrated by charging onto the pitch. Swindon’s opposing players were “physically and verbally abused” during the incident, their manager Ben Garner told Sky Sports News.

“The club will not tolerate such irresponsible behavior and remains committed to taking the strongest possible action against anyone found to be involved in criminal activity, including excluding individuals from future matches,” Port Vale said. in a statement after the game.

Both incidents follow an increase in pitch invasions at English football matches over the past month, according to the PFA. Similar incidents have occurred at Nottingham Forest, Huddersfield, Oldham, Fulham, Bristol Rovers and Bournemouth.

Nottingham Forest supporter Robert Biggs was sentenced to 24 weeks in prison on Thursday for deliberately charging Sheffield United player Billy Sharp, according to the PFA. Biggs pleaded guilty to assault for headbutting Sharp following a pitch invasion at the end of the Sky Bet Championship play-off semi-final second leg on May 17.

Separately, on May 18, a Northampton supporter burst into Mansfield’s Jordan Bowery during the second leg of their Sky Bet League Two play-off, according to the PFA. The moment came towards the end of the game in which the visiting Stags won 1-0. 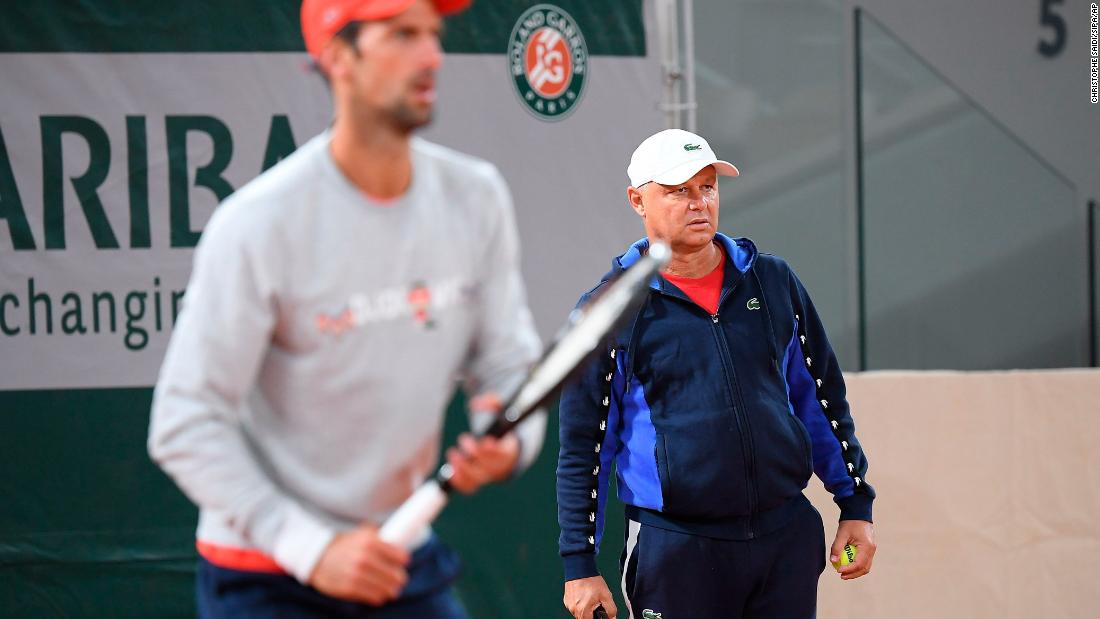 11 Mar 22 malek
Although Djokovic only just announced the change via a statement on his website, the pair…
Sports
0