PARIS: Up to 60,000 Liverpool supporters, most without tickets, swarmed Paris on Saturday, turning avenues and cafe terraces red in their team colors ahead of the Champions League final against Real Madrid.
With each club allocating space for just 20,000 supporters at the Stade de France, tens of thousands of traveling supporters were left without tickets.
Ticketless red-shirted Liverpool fans crowded into a fanzone set up in the east of the city where the match will later be shown on giant screens.
They jumped on the spot, chanting: “Go, Go, we have conquered all of Europe, from Paris to Turkey.
They were greeted on stage by club legend Kenny Dalglish, who scored the winning goal in the 1978 final.
“What a wonderful way to end the season by winning the European Cup,” Dalglish told the crowd that lined a tree-lined avenue.
Many supporters had traveled to France on Thursday.
“Look for yourself, we have invaded all of Paris! Rohan Sood, 22, from London, told AFP.
He wasn’t going to let the lack of a ticket ruin his day.
“It’s a crazy atmosphere everywhere you go you see Reds. Even without tickets it’s so worth it.”
“Sunshine, cold beers, all our friends, a good big screen, what else do we need? Thank you Paris for the warm welcome,” said Henry Coyle, 52, a Liverpool fan from Belfast in Northern Ireland.
There were tough decisions for the Carter family to make, as only their eldest son managed to get a ticket to the game.
Her mother Lucy, a 47-year-old doctor, said her other child and her husband came anyway.
“For me, the warm-up, all the songs are definitely the best part. I find the game too nervous for me!” she said.
Liverpool’s Richie Stuart and his friends had invested 125 euros ($134) in plastic buckets and ice packs to keep 70 bottles of beer cool until the final whistle.
He said he hoped the atmosphere would remain good-natured as the day progressed.
“I’m crossing my fingers, because the sun, the alcohol and a defeat, and it can very quickly turn very badly,” he said.
Tomas Piatraszkiewicz, 43, who lives in Bournemouth on the south coast of England, said he had no choice but to come to Paris once his beloved Reds have progressed to the final .
“I have always supported Liverpool, they are a club with a spirit, there is a way of doing things at Liverpool. We are now in a golden moon with the club. Jurgen Klopp is the best manager in the world for me and a good person,” he said.
Ten kilometers away, Real Madrid supporters soaked up the pre-match atmosphere in a separate fanzone reserved for their team’s supporters near the Stade de France.
Although they were a smaller group than Liverpool’s traveling army, they were equally enthusiastic.
Mariano Brasal, a 66-year-old retired baker, and his son Diego, 33, did not arrive in Paris until Saturday morning.
They have fond memories of attending the 2017 final in Cardiff together when Real beat Juventus.
“I hope today will be the same,” Diego said. “I’m very calm but maybe later when the game starts I’ll be nervous.”
Adelina Lete, who has supported Real for three decades, was delighted to attend their third Champions League final.
She explained that during the season she drove her son 300 kilometers from their home in Navarre, northern Spain, to watch Real’s home games.
“It’s just my son and I today,” she said. She was hoping for a great match for her two favorite players, Karim Benzema and Luka Modric, “who always give their all for the team”. 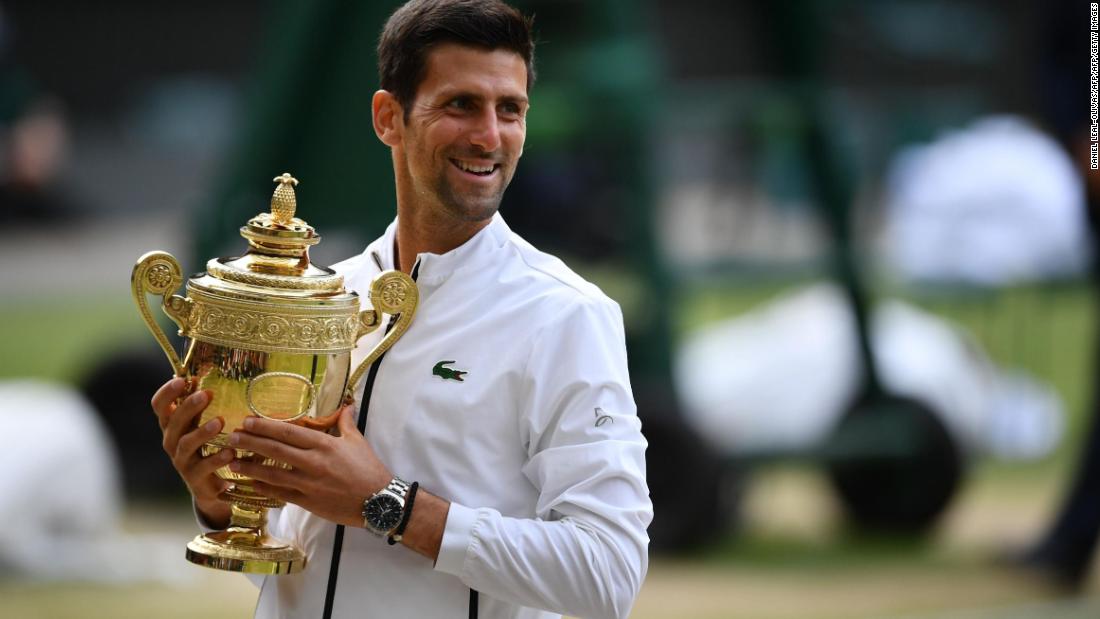 2 Aug 21 malek
[ad_1] And then everything went wrong. A combination of a leg injury and stomach ailment…
Sports
0