For runners, blisters and cracked feet are part of the journey; they are practically a source of pride for Sandes and his racing partner Ryno Griesel, who together created and then completed Navigate Lesotho on April 27. They covered 1,100 kilometers (684 miles) with more than 33,000 meters of elevation gain in 16 days, 16 hours and 56 minutes – all in extreme weather conditions.

“In some ways it was our toughest challenge, but because of what we’ve learned in the past, I think our maturity and the bond that we have, made it a lot easier,” said Sandes at CNN.

The South African duo are no strangers to extreme adventures. Together they hold the fastest known time (FKT) record on one of the toughest routes in the world – the Great Himalaya Trail in Nepal, where they covered 1,504 kilometers (934.5 miles) in 25 days . They also hold the FKT on their home country’s famous Drakensberg Grand Traverse, breaking the previous record by 18 hours.

Even during the Covid-19 lockdowns in South Africa, Sandes managed to run an unofficial 100-mile ultramarathon – around his house – which he completed in 26 hours.

“He had done about 140 kilometers (87 miles) and he was like, ‘I can’t go any further, this is the hardest thing I’ve ever done,'” Sandes’ wife says , Vanessa Haywood, about the individual race.

But circling the “Mountain Kingdom” of Africa would prove even more trying.

“Lesotho was definitely the most difficult in terms of conditions, although you wouldn’t think of it that way because it’s so close to home,” Griesel said, adding that it was a five-hour drive away. from Johannesburg.

The expedition took two years of planning, or what Griesel likens to “building a puzzle”. Pre-production involved mapping out uncharted territory, recruiting sponsors, building relationships with locals, and staking out areas of the route they would later take.

Related story: This man cycled from London to Lagos

According to Sandes, they ran about a marathon and a half a day, going through extremely cold, snowy, windy and muddy conditions. In total, Sandes and Griesel crossed 187 rivers.

Temperatures ranged from -5 degrees to 30 degrees Celsius throughout the trip.

Some nights they slept, sometimes they didn’t, depending on the conditions and keeping pace with their 17-day goal.

The running duo had to deviate from Plan A several times, and Sandes said they backtracked over a few mountains and rivers and took alternate routes due to poor conditions.

Sailing in Lesotho also proved mentally tough, but the duo decided early on that giving up was not an option.

“When you’ve been shivering for two or three days, you can’t even think clearly because you haven’t slept, you’re super hungry, you ran out of food two days ago…there’s always 1,000 good reasons to quit,” Griesel said, “but once you take that off the table, you’re bound to keep pushing toward the goal.”

And for fuel? Each runner carried a mix of whole foods and carbohydrate-rich electrolyte mixes, as well as one dehydrated meal per day. They estimate that they burned 120,000 calories throughout the trip.

Griesel said his favorite foods that got him through Lesotho were hot rolls and chocolate. “I’ve always been very bad with the diet if you were to look at it from a traditional perspective, but I believe the best food[s] on these long projects are what you can’t wait to eat,” he added.

They were not completely alone in their expedition; a horse, motorbike and 4×4 support team helped restock their basic needs and gave them cooked meals at various pre-planned locations.

Two peas in a pod

Sandes (40) and Griesel (42) met in 2012 at the Salomon SkyRun South Africa ultra-trail race, where Sandes placed first and Griesel third. Two years later, they would run the Drakensberg Grand Traverse together – and break the FKT record.

“That’s definitely where our friendship started,” Sandes said, adding, “Ryno and I are very different people, but I think we really complement each other.”

Sandes joked that Griesel’s running gear will be labeled and in order, while his is in a disorganized pile.

“Although I look at what we bring to the table, I come more from a background of racing and competing on the international circuit, whereas Ryno is more into adventure racing and his mountain and navigation skills [are] higher level,” he said.

Sandes is the physical powerhouse and Griesel is the nimble navigator.

“It’s good to go fast, it’s ideal to go fast in the right direction and I think that’s where we really get along,” Griesel said.

Humble racers balance themselves in more ways than their skills. Griesel said Sandes was good at keeping spirits up by celebrating “mini milestones”, which helped him through on their run in Lesotho.

“We will reach the top of [a summit] and I’ll say, ‘I still need 10 days to finish this,’ and he’ll remind me where we came from,” Griesel said.

While these two will likely continue to opt for FKTs, Sandes said the pandemic has created space for him to slow down and appreciate what his home continent has to offer.

Related story: Meet three black climbers taking representation to new heights on summits across Africa and around the world

“Throughout my career, I’ve had the chance to run on all seven continents and see a lot of the world, but I feel like I haven’t gotten to know Africa enough,” he said. -he declares. “And I think being forced to do more locally has really made me love my home even more.”

The duo are also focused on nurturing the next generation of South African runners through programs like LIV2Run, which aims to help people from disadvantaged communities rise up.

“In life, we all need that connection to the outdoors,” Sandes said. “I think we’re so connected to technology, [we need to] break that and feel free and natural and whole again.” 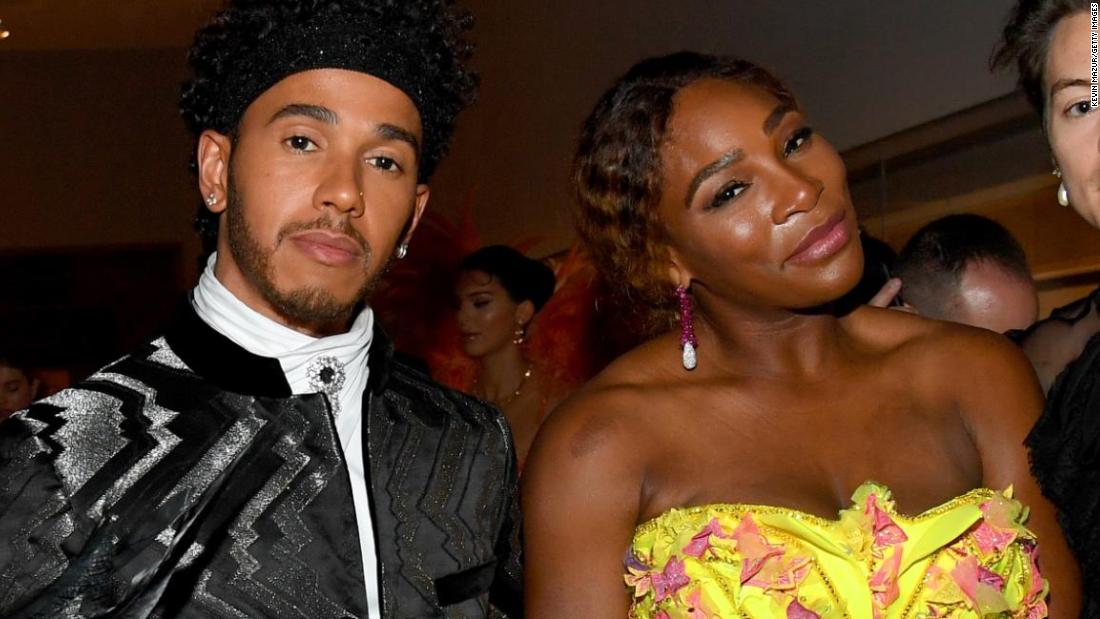 21 Apr 22 malek
[ad_1] The source spoke on condition of anonymity, and while they would not confirm how…
Sports
0