Rihanna was seen for the first time on Friday since the “We Found Love” singer and A$AP Rocky announced they had welcomed a baby boy.

The 34-year-old kept a low profile, wearing large black sunglasses and baggy clothes as she entered a black SUV in West Hollywood.

Rihanna gave birth to their first child on May 13 in Los Angeles, TMZ first reported. The couple have yet to reveal their boy’s name.

Rihanna is seen for the first time since giving birth to a baby boy.
(Photo by LIFE/SplashNews.com)

Before she was born, the couple were last seen celebrating Mother’s Day weekend with dinner at Giorgio Baldi.

Rihanna unveiled her baby bump at the end of January.

“They haven’t left each other,” a source told Entertainment Tonight. “They’re over the moon. She’s been looking forward to motherhood for a long time. This little boy is going to have the best baby fashion.”

Rihanna has been showing off her baby bump since breaking the news in January.
(Getty Images)

Rihanna and A$Ap Rocky are reportedly heading to New York soon to introduce the child to A$AP Rocky’s parents, while Rihanna plans to bring her family from Barbados.

A$AP Rocky previously told GQ that Rihanna was the “love of [his] life.“

“Love of my life. My lady,” he told the outlet.

“[It’s] so much better when you have that one,” he told the magazine. “She probably represents, like, a million others. I think when you know, you know. It’s the right one.”

A$AP Rocky and Rihanna pose for a photo as they celebrate her beauty brands Fenty Beauty and Fenty Skin in February.
(Mike Coppola)

Rihanna and A$AP Rocky have been friends for years and went public with their romance in 2020.

The pair dodged cheating allegations in April after a rumor surfaced that the “Sundress” rapper had hooked up with Rihanna’s shoe designer Amina Mauddi.

Amid the baby news, the couple came to terms with the recent arrest of A$AP Rocky. In April, the rapper was arrested for assault with a deadly weapon stemming from a November 2021 shooting, according to the Los Angeles Police Department.

The couple recently pushed back against the cheating allegations. The rapper has been accused of cheating on Rihanna with her shoe designer.
(Tim Whitby/BFC)

An argument broke out between Rocky and an acquaintance in the Hollywood area on November 6. The argument escalated and the rapper allegedly fired a handgun at the acquaintance, who sustained minor injuries, police said. 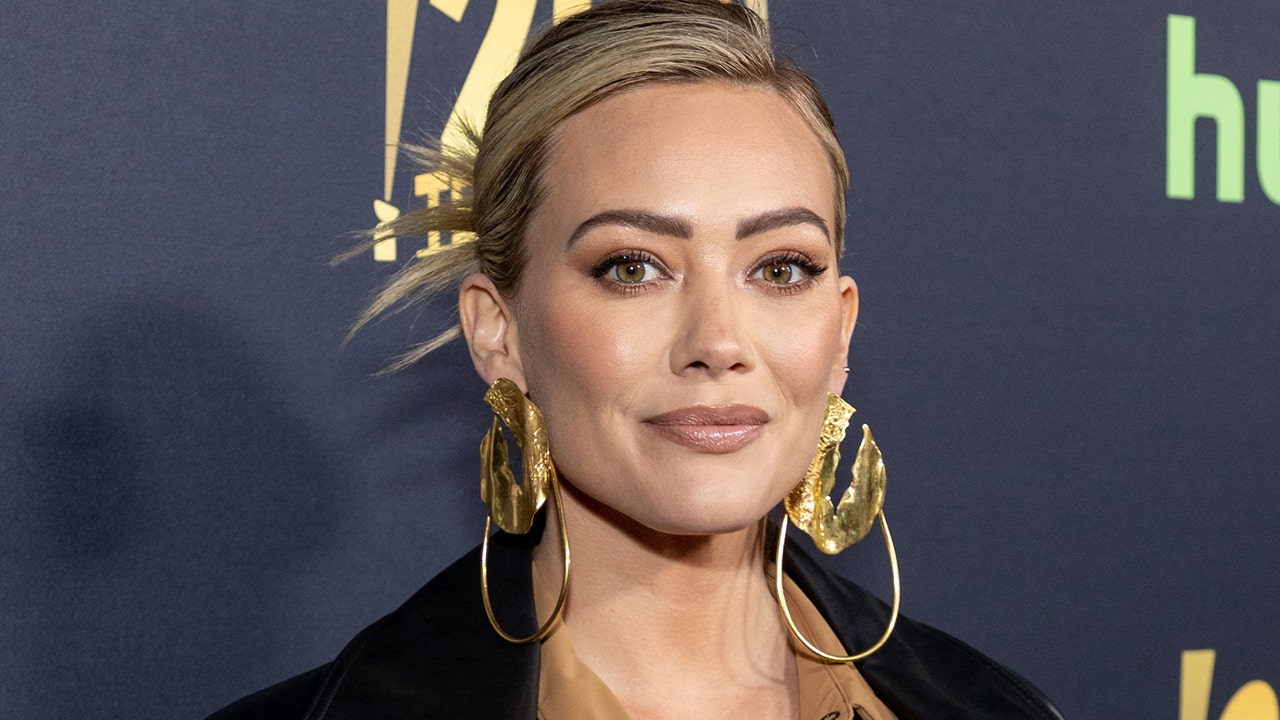