Usually a tourist favorite, with the Tokyo Olympics in full swing, the gardens attracted new visitors: sports fans. Every day, Parisians and tourists meet there to watch their compatriots compete on a giant screen.

The highlight of the party came on August 8, when Anne Hidalgo, mayor of the French capital, received the Olympic flag at the closing ceremony in Tokyo, as Paris prepared to host the next games in 2024.

The “City of Lights” went out of their way to celebrate the moment: French astronaut Thomas Pesquet played Le Marseille, the French national anthem, with his saxophone in the International Space Station and the elite team of the Patrouille de France flew over the gardens of the Trocadero, making the French flag with their trails of smoke.

“This ceremony will be a foretaste of Paris 2024”, declared Tony Estanguet, president of the organizing committee for the Paris 2024 Olympic Games. “It is the DNA of Paris 2024 that will be expressed.”

For its third Summer Olympics, exactly 100 years after hosting the last sporting spectacle, the French capital has ambitious plans.

Preparations for the 2024 Games are well advanced and despite the challenges of the pandemic, there is no major construction delay, according to Estanguet.

In three years, the Parisian team remains hopeful that the pandemic, which severely affected the Tokyo Olympics, is behind it in 2024.

“Of course, we are learning a lot as we did here in Tokyo about adapting to the challenges of a pandemic,” said Agathe Renoux, spokesperson for Paris 2024. “We are ready to adapt and we are staying. focused on our exciting Games. “

Mathieu Hanotin, mayor of the Parisian suburb of Saint Denis which will host the centerpiece of the Olympic infrastructure – the athletes’ village – shared the optimism.

Hanotin told CNN that with spectators banned from this year’s Games due to Covid-19, the “celebration was inevitably hidden,” but by 2024, “we will be able to breathe.”

“What is certain is that we will do a lot of work to bring back the experience,” added Hanotin.

For the French capital, Estanguet says the two key themes of the Games are “green” and “participation” – Paris 2024 will be the first Olympic Games to align with the climate agreement signed in the city in 2015.

The Paris 2024 organizing committee has promised a 55% reduction in its carbon footprint compared to the average of 3.5 million tonnes set by the previous Olympic Games.

The first step to achieving this goal is to reduce construction – 75% of Paris 2024 facilities are pre-Games and 20% will be temporary. This means that only 5% of the facilities – the Olympic Village and the Olympic Aquatic Center – will be new permanent buildings, 10 times less than the previous Games.

“If there is no need, we will not build it,” Estanguet said. “We’ll do with a temporary.”

In the footsteps of London 2012, beach volleyball will take place in an ephemeral stadium built in the city center, on the famous Champs de Mars, with the Eiffel Tower as a backdrop.

About a kilometer to the east, the vast lawn in front of the Invalides will host archery and the sumptuous gardens of the Palace of Versailles will host equestrian events.

The plans for the opening ceremony – exceptionally scheduled in the center of Paris – remain secret but the organizer Estanguet stressed the desire to “connect the population” to the Games.

The “beating heart” of the Games

For 2024, Paris has decided to install its Olympic village, its athletics arena and its new aquatic center in Saint Denis – an immediate suburb north of the city – a district where the Stade de France was built to host the Cup. of the world 1998.

Saint Denis has had its share of economic and social problems. The intention is for the region to become “the beating heart of the Olympics” and regain its pride, Hanotin said.

With around one billion euros ($ 1.18 billion) in Olympics-related investments planned there, the Games promise the development of much-needed infrastructure across Paris, including new road and metro links.

In addition, it also gives the residents of Saint-Denis a strict deadline for their completion: 2024.

“This will allow us to accomplish, over several years, what usually takes 15 or 20 years to complete,” Hanotin said.

READ: Kipchoge is ‘the best of all time … in all sports’, says head performance coach

Nonetheless, the construction sprint has raised local concerns that projects are underway without sufficient public consideration or consultation.

A new interchange on the A86, the outer ring road of Paris, will circulate up to 20,000 cars in the center of the town of Pleyel (13,000 inhabitants) according to official estimates and in a large school district.

Some locals are worried about the long-term effects this increase in air and noise pollution could have on children in the area – and they are not alone.

The government’s own environmental assessment, released in 2019, said the plan will increase pollution “particularly around the Pleyel intersection” where schools are located and “could significantly affect the local population.”

But locals say the state has not acted on it.

To date, more than 13,000 people have signed an online petition to change the project. Activist groups have also filed an administrative complaint against the project, which was handed over to the Council of State – the country’s highest administrative court – at the end of 2020 and is currently awaiting a decision.

“What has been promised is environmental excellence in what is used to build the Olympic Village,” said Gintrac. “But for us, the environment is where we live, the air we breathe and the noise we hear.” 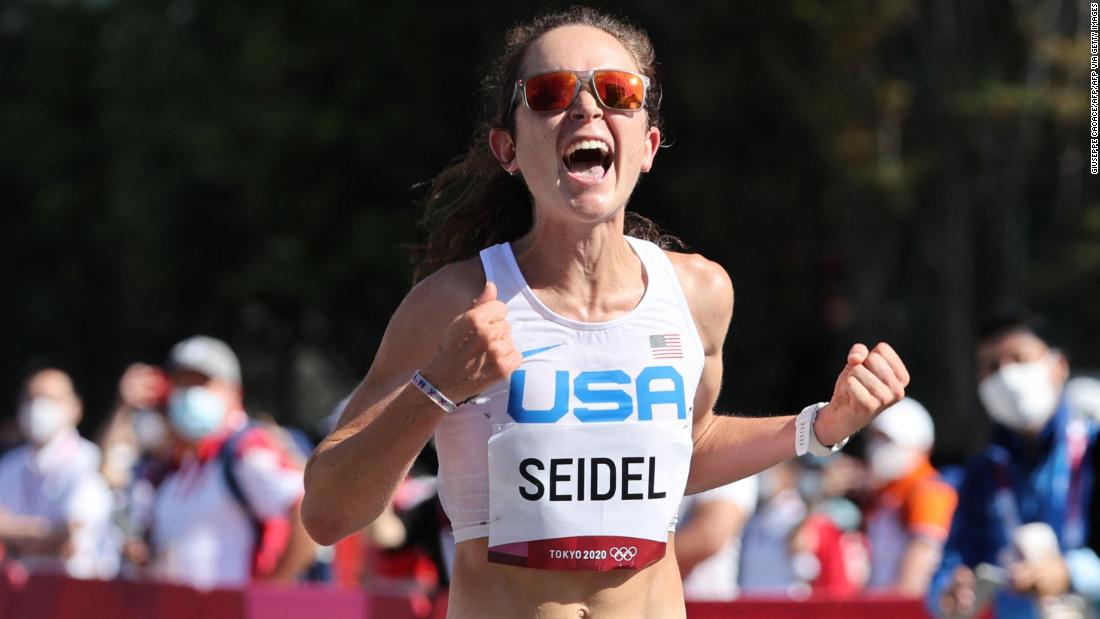