Speaking to reporters on Sunday morning, Baffert denied the horse had ever been treated with the drug, which is sometimes used for joint pain in horses, saying his team would conduct its own investigation.

“Yesterday I got the biggest punch in the race for something I didn’t do,” said Baffert, adding it was “an injustice to the horse”.

“I don’t feel embarrassed, I feel like I’ve been wronged. But I’m going to fight.”

Betamethasone is an anti-inflammatory corticosteroid authorized in horse racing at a certain level. But Baffert said he was told that Medina Spirit’s post-test detected 21 picograms per milliliter – more than double the legal threshold in Kentucky races.

Churchill Downs announced on Sunday that he would immediately suspend Baffert, prohibiting him from bringing in horses to run on the track.

“Failure to follow medication rules and protocols jeopardizes the safety of horses and jockeys, the integrity of our sport and the reputation of the Kentucky Derby and all who participate in it,” the Churchill statement said. Downs.

The news comes just over a week after Medina Spirit, the 3-year-old brown colt, won the Derby, at Churchill Downs in Louisville, Ky., Beating Mandaloun, second at half-length. It was a record-breaking seventh win for Baffert at the Derby, one of the sport’s most famous events.

If an appeal is unsuccessful, Medina Spirit would be stripped of the Kentucky Derby crown as well as the winning prize. The last winning horse to be disqualified from the Kentucky Derby after failing a drug test was Dancer’s Image in 1968.

“To be clear, if the results are confirmed, the Medina Spirit results in the Kentucky Derby will be nullified and Mandaloun will be declared the winner,” the Churchill Downs statement said on Sunday.

“We will await the conclusion of the Kentucky Horse Racing Commission investigation before taking further action.”

The commission confirmed it was investigating the test results in a statement on Sunday. The test was carried out on May 1, race day, and the results were obtained on May 7.

“During the investigation, the trainer and the owner of the horse will have due process and will have the opportunity to appeal,” the commission said. “Therefore, the KHRC will not provide further comments at this time.”

This is not Baffert’s first clash with reports his horse failed a drug test: Last month, according to several reports, including the Arkansas Democrat-Gazette, the Arkansas Racing Commission confirmed a decision that two of Baffert’s horses had tested positive for lidocaine. beyond the accepted levels. However, the commission dropped a 15-day suspension for Baffert.

Baffert alluded to previous controversies on Sunday – “I don’t feel safe to train,” he said – but presented the Medina Spirit allegation as an issue with the horse racing industry at large, saying the industry “needs to step up and we need to do a better job racing.”

“I’m not a conspiracy (theorist) – I know not everyone is there to look for me. But there is definitely something wrong. Why is this happening to me, you know , to me?” He asked. “There are problems in the race, but it’s not Bob Baffert.”

The organizers of the Preakness Stakes – the second crown jewel in the Triple Crown of horse racing – said they would review “relevant facts and information” related to the Medina Spirit test before making a decision on the horse’s entry into the race. racing in Baltimore next Saturday.

“We are consulting with the Maryland Racing Commission and any decision regarding Medina Spirit’s entry into the 146th Preakness Stakes will be made after reviewing the facts,” the statement said.

In 2009, Baffert was inducted into the Sports Hall of Fame, placing his winning number at 3,120, with more than $ 320 million in earnings.
He became the 11th coach to win the Triple Crown in 2015 when American Pharoah won the Kentucky Derby, Preakness Stakes and Belmont Stakes. He became the second trainer to win the Triple Crown twice a few years later with the horse Justify. 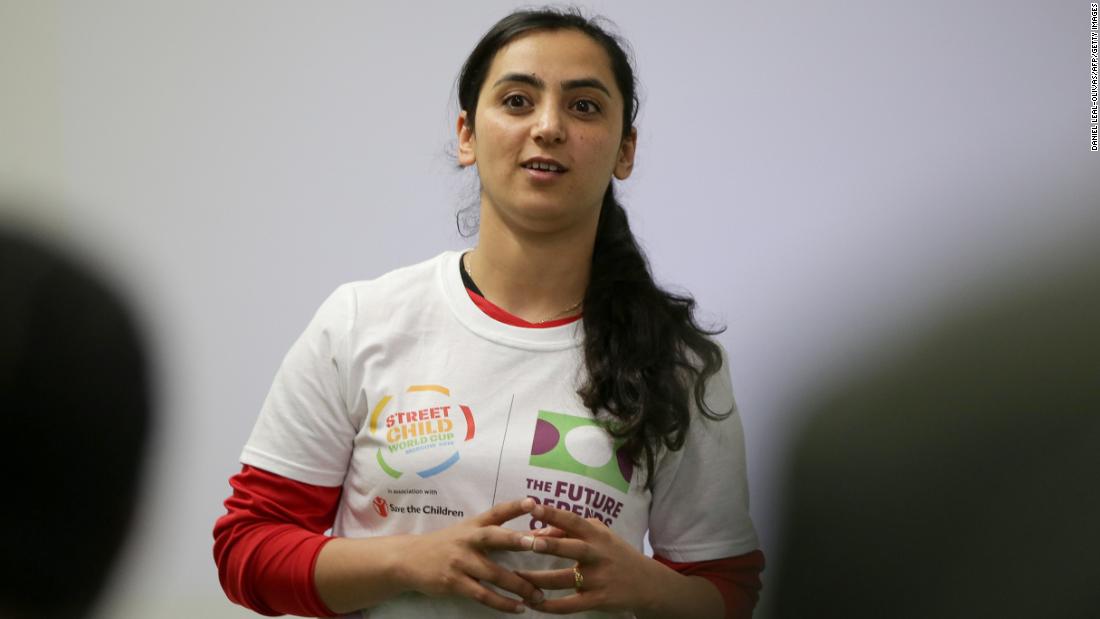 14 Mar 21 malek
The 23-time Grand Slam champion had a dominant performance against the Romanian, winning 6-3 6-3…
Sports
0