Gwen Stefani and her ex-husband Gavin Rossdale were spotted reuniting for the first time since she married Blake Shelton earlier this month.

The No Doubt singer and Bush crooner met to support their 7-year-old son Apollo, who was playing a soccer game. In the snapshot, the former couple are seen keeping their distance from each other as they took part in the action from the sidelines.

For the outing, Stefani, 51, donned a gray t-shirt and camouflage fatigues as well as a green and white cap as she hung out on one of the foil benches while Rossdale, 55, watched with a white shirt, beige pants and sneakers to match his ex-wife’s pants.

In addition to Apollo, the exes share sons Kingston, 15, and Zuma, 12.

Exes Gwen Stefani and Gavin Rossdale met to support their son, Apollo, during his soccer game. Photographers caught the former couple keeping their distance from each other as they took the action on the sidelines.
(Direct image)

Stefani and Shelton, 45, tied the knot in a lavish ceremony at her Oklahoma ranch over the weekend of July 4.

The couple had been dating since they both acted as coaches on “The Voice” in 2015, and were actually married by the host of the singing contest, Carson Daly.

Last week Stefani marked the two-week anniversary of their nuptials with a black-and-white photo showing them entering a purpose-built chapel in their Oklahoma venue.

Shelton can be seen in her tuxedo from behind as viewers peek at the back of Stefani’s white Vera Wang Haute silk georgette dress. Daly, meanwhile, can be seen standing in front of them as guests gaze to the side.

Speaking on the “Today” show the week after the wedding, Daly shared some details about the event with his co-hosts, who were eager to hear how the magnificent ceremony went.

“They’re an unlikely pair. It’s like pairing delicious fried chicken with champagne,” he joked at the time. “On paper, on the menu, it doesn’t work, but it does.” 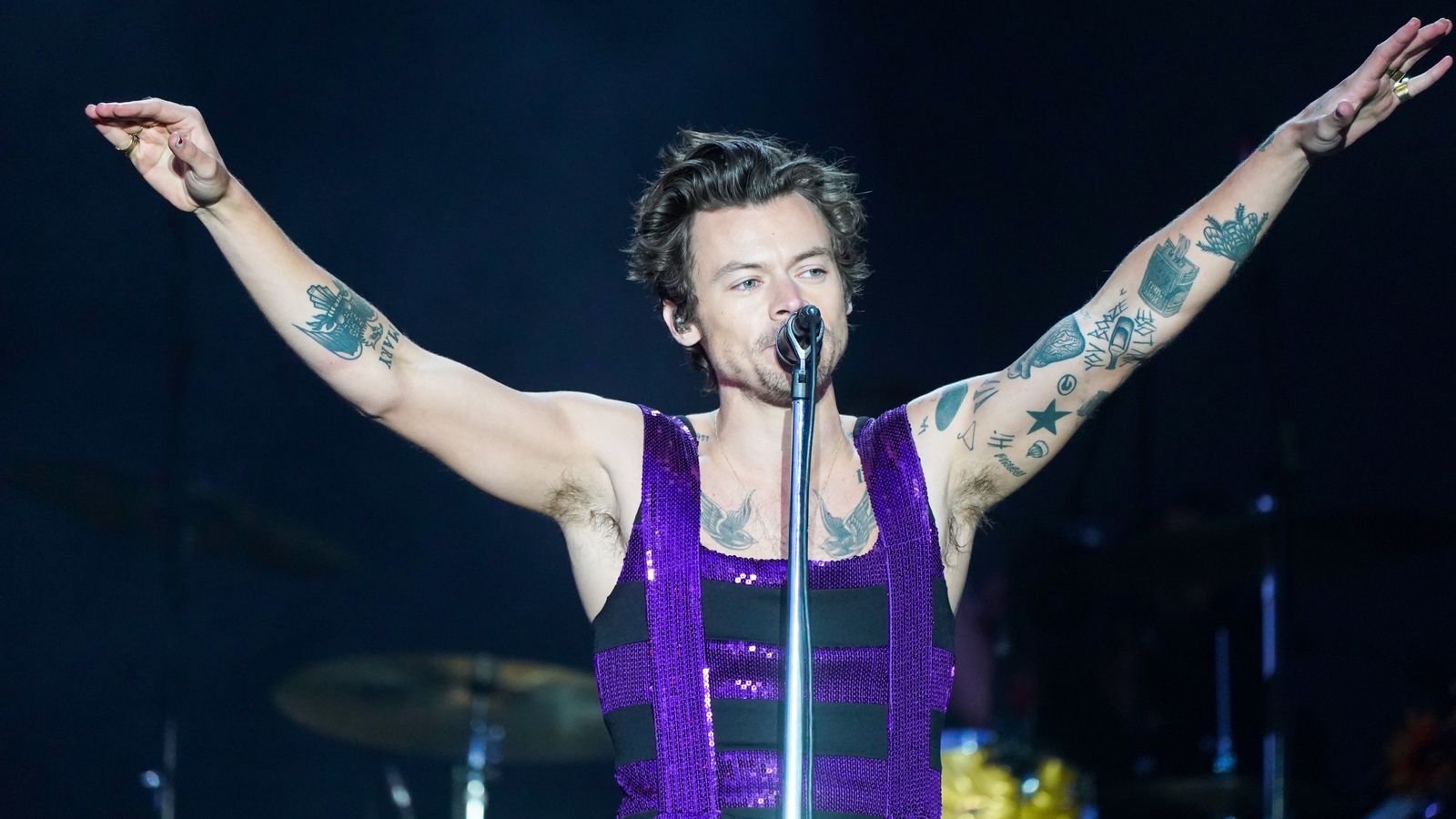