The 27-year-old, who is in regular contact with family and friends in Ukraine, took a break from tennis to focus her efforts on fundraising and raising awareness for her country.

“I speak with my grandmother every day to find out how she feels. It’s quite difficult for her because for older people it’s very important to have a routine and, at the moment, there are lots of bombings and shootings in Odessa, my hometown..

“It is important to stay in touch with her every day to support her in any way possible.

“One of the most important things is also to keep your spirits up.”

Svitolina was born in Odessa, a strategically important port city blocked by Russian forces since the invasion.

She then moved to Kharkiv when she was 12 and said she felt helpless as the fierce fighting continued to rock the eastern city.

At 16, Svitolina left Ukraine to pursue her sporting ambitions but has always had her country close to her heart. She is proud of her roots and smiles as she recalls the moments from her childhood that helped forge such a strong bond with Ukraine.

She has now channeled that love into her own foundation – which encourages children to learn life lessons through tennis – and that of UNITED24, an organization created by Ukrainian President Volodymyr Zelensky to raise money for medical supplies. , defense and possibly the reconstruction of the country’s infrastructure.

Svitolina was recently named an ambassador and spoke with Zelensky, who tasked her with uniting the sports community and maintaining awareness.

“It was one of the times when I was most stressed, and even walking onto the tennis court I wasn’t that stressed,” Svitolina said, speaking about her Zoom call with the president and his fellow ambassador, the great Ukrainian footballer Andriy Shevchenko.

“But he was very nice and his speech was very motivating […] what he does, it takes a lot of courage.

“He just explained what Ukraine really needs these days and how he sees the situation in Ukraine right now. He is still very, very motivated and he loves Ukraine and he will die for our country.

“And that’s definitely something all Ukrainians are looking for, for that kind of person who gives their life for the country.”

It’s still early days, but Svitolina is already planning events, especially in the tennis community, for later this year and she says the foundations have given her a clear focus.

In the midst of the darkness, there was a little light. Svitolina found out she was pregnant just before the invasion began and is expecting a baby with partner and fellow tennis player Gael Monfils.

This, together with the mental fatigue caused by the invasion, caused her to take a break from the sport she had tried to continue practicing.

“It was a pretty stressful few months at first, but yeah, I feel a lot better,” she said.

“Of course, I’m still very, very sad about the situation that’s happening right now and how many people have lost their lives because of the invasion.

“It makes me very sad. And that’s why I try to, you know, focus a bit on my foundation, on UNITED24, just to have a mission that I can help in anyway.”

Although she has no motivation to return to tennis yet, her long-term goal is to represent her country at the 2024 Olympics in Paris.

She knows, perhaps better than anyone, how unifying sport can be in these times of grief and hardship, as evidenced by the Ukrainian football team’s powerful World Cup qualifying campaign.

“It’s very important that people give different information because, to be fair, I don’t 100% understand what’s really going on in Ukraine,” she said.

“It is very, very difficult for people to go through hell every day. For people who are still in Ukraine, they have mental difficulties.

“There’s a lot, a lot going on and they’ve been through so much already, so I think to bring something different is something that I think excites them.” 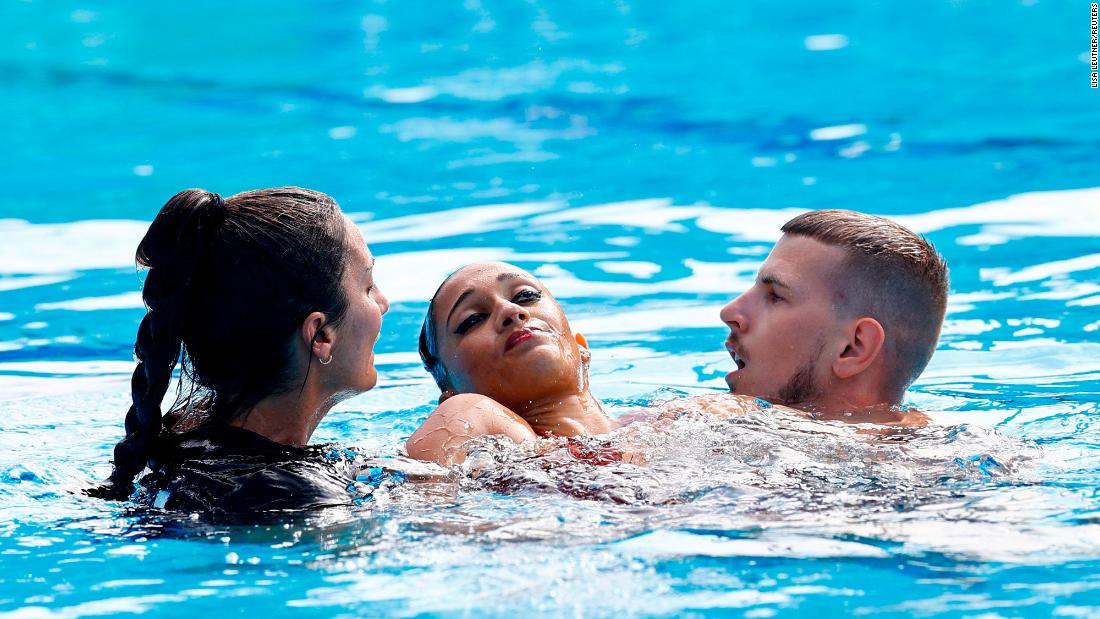