There’s a blame game going on after the Champions League final between Real Madrid and Liverpool, with differing stances taken by UK and French lawmakers amid allegations of ‘appalling’ and ‘brutal’ treatment of supporters.

The match was delayed for 35 minutes after Liverpool fans struggled to enter the Stade de France and tear gas was used by French police against supporters held in tight areas.

On Monday, French Interior Minister Gérald Darmanin said counterfeit banknotes were to blame for the delay, saying there was “massive, industrial and organized fraud of counterfeit banknotes” and that “30,000 to 40 000 English supporters… found themselves at the Stade de France either without tickets or with counterfeit tickets.

European football governing body UEFA also said the accumulation of fans at the turnstiles was caused by counterfeit tickets.

Those figures have been disputed, while UK lawmaker Ian Byrne said blaming the crowds and delays on fake tickets was “total nonsense” and an attempt by the French authorities and UEFA to cover up the bill. back.

Many criticisms have been leveled at the treatment given to supporters by the French authorities deployed for the match.

Byrne, a Liverpool West Derby MP who says he was at the game as a Liverpool fan, described the situation outside the stadium as “one of the most horrific experiences of my life”.

“Honestly, I have never witnessed such a hostile environment for a football match. It was really horrible,” he said. wrote in a letter calling on the UK government to press for an official investigation into the events outside the Stade de France on Saturday.

“Many of the elderly, children, people with disabilities, people with asthma and families out for an unforgettable day were among those sprayed with pepper spray,” he added.

Mayor of Liverpool Joanne Anderson also called for the UK government to act and said it was ‘disgusted by the appalling management and brutal treatment’ of Liverpool fans, while the club also called for an official inquiry into what it called the ‘problems unacceptable” faced by supporters.

On Monday, Boris Johnson’s spokesman said the British Prime Minister was “extremely disappointed” with the way fans were treated and described footage taken outside the stadium as “deeply upsetting and disturbing”, according to AP media.

As confusion spread ahead of kick-off, videos emerged on social media of people – with no clear team affiliation – scaling the fences around the stadium and rushing into the ground.

Stuart Fraser, a Liverpool fan who traveled to Paris for the game, said there were ‘jostling’ in the queues with ‘no information’ from the authorities on how to get into the stadium.

“It got really, really tight, people started panicking, there were kids, there were old people, it was overwhelming,” he said. told beIN Sportsadding that the fans were “polite” and “calm” as they waited to enter the floor.

The Scotland international told Sky Sports that a friend of his was accused by security of having a fake ticket, even though the ticket was bought by Robertson himself through the club.

Merseyside Police, who attended the match as an observer and adviser, said “The vast majority of fans behaved in an exemplary manner, arriving at the turnstiles early and queuing as instructed.” 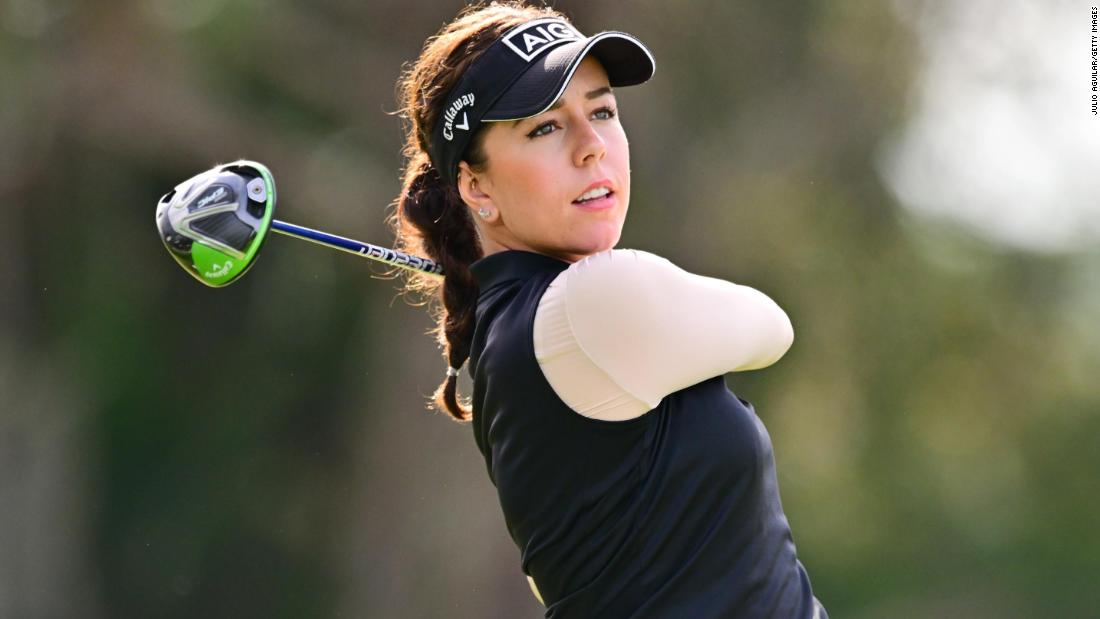