Having lost his wife 3 months ago to suicide, Sathish Vajra was found dead in a pool of blood at his residence RR Nagar. It is reported that the actor was killed by a mysterious person. This created a huge sensation in the industry.

The house owner noticed blood coming out of his house and was shocked to see him dead. Later, the CCTV camera at the front door of the house was checked. Based on the images, the owner of the house filed a complaint with the police. Shortly after receiving the complaint, RR Nagar Police arrived at the scene and saw Sathish’s corpse lying on the ground. As a result, her body was taken in for an autopsy. 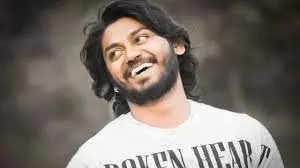 A native of Maddur, Mandya district, Sathish Vajra made his hero debut in ‘Lagori’ and played supporting roles in numerous films. Along with his family, Sathish moved to Pattanakere, below the boundaries of RR Nagar Police Station. The day before yesterday, when Sathish returned home, he was allegedly attacked by two mysterious people, who allegedly killed him with sickles and fled after killing the actor.

Sathish Vajra married his wife against the wishes of both families. Due to family disagreements, his wife apparently committed suicide a few months ago. It is said that seeking this as revenge, the girl’s brother is believed to have murdered Sathish. The police are currently looking for the brother and relatives of the late actor’s wife.

21 May 21 malek
[ad_1] Israel and Hamas agreed to a ceasefire on Thursday, ending nearly two weeks of…
Latest News
0