Joe Biden coughed intermittently during a virtual meeting at the White House, a day after he tested positive for COVID.

Mr Biden, who at 79 is the oldest person to ever serve as US president, appeared in high spirits but had a noticeably deeper voice and apologized for repeatedly breaking up his speech to cough.

“I feel a lot better than I look,” the president said, describing recent efforts to lower gasoline prices in the United States.

It came after Chinese President Xi Jinping wished his American counterpart a speedy recovery in an official message.

The letter, published by physician Kevin O’Connor, said Mr Biden had a mild temperature of 37.4°C (99.4°F) but was responding “favourably” to pain medication and was breathing normally.

“His voice is deeper this morning. His pulse, blood pressure, respiratory rate and oxygen saturation remain normal on room air,” he said.

The doctor, who the White House says sees Mr Biden and checks his “vital signs, several times a day”, added that the two drugs he takes for atrial fibrillation (an irregular heartbeat) and cholesterol were temporarily held back to avoid interfering with his treatment of an antiviral drug to help fight COVID.

He added that low-dose aspirin was also added as an alternative blood thinner.

“The president is tolerating the treatment well,” he said.

Revealed: The most common signs you have a COVID infection

He added: “The President is doing better. He slept well last night. He ate his breakfast and lunch well. He actually showed me his plate.”

The president, fully vaccinated and doubly boosted, tested positive for coronavirus on Thursdaywhen the White House said he would continue to work but in isolation.

His diagnosis comes as a highly contagious subvariant drives a new wave of cases in the United States, and as new figures released on Friday show infections in the UK have risen again to nearly 3.8 million.

COVID cases in the United States have jumped more than 25% in the past month, according to data from the Centers for Disease Control and Prevention (CDC), as the new BA.5 Omicron subvariant takes hold there down and around the world. 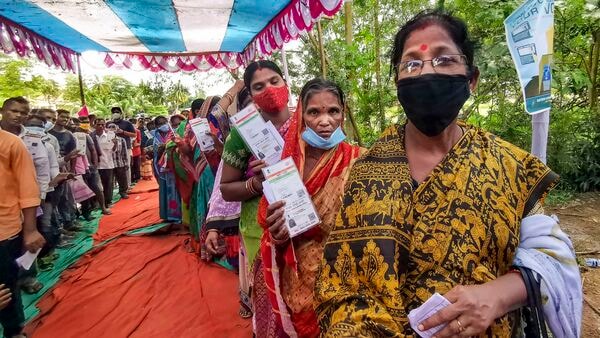