Queen Elizabeth will begin her Platinum Jubilee celebrations on Thursday morning with the Trooping the Color parade to mark her 96th birthday, an annual event that has been postponed for the past two years due to the coronavirus.

Elizabeth became the first British monarch to celebrate a Platinum Jubilee earlier this year after 70 years of service to the people of the United Kingdom, the Kingdoms and the Commonwealth.

After a large military display including horses, carriages, a Royal Air Force flypast and hundreds of musicians marching through the Mall to Horse Guard’s Palace, the Queen is expected to appear on the balcony of Buckingham Palace to salute the public.

Historically, the British monarch has paid tribute to her troops, known as the Household Division on Horse Guards Parade.

Queen Elizabeth II is pictured at Sandringham House to mark the start of Her Majesty’s Platinum Jubilee year on February 2, 2022 in Sandringham, Norfolk. Only active senior members will appear on the balcony during the Trooping the Color Parade.
(Chris Jackson)

QUEEN ELIZABETH’S PLATINUM JUBILEE: WHAT TO KNOW ABOUT THE HISTORICAL ROYAL EVENT

His son, Prince Charles, the heir to the British throneas well as his daughter, Princess Anne, and grandson, Prince William, will instead take the salute during the proceedings.

William and his wife Kate Middleton, the Duchess of Cambridge, will also be on the balcony with their three children: Prince George, Princess Charlotte and Prince Louis. William, 39, is second in line to the throne after his father Charles, 73.

QUEEN ELIZABETH’S PLATINUM JUBILEE: A LOOK AT THE CELEBRATIONS

The Palace has confirmed that only serving senior members will appear on the balcony, meaning Prince Andrew, as well as Prince Harry and Meghan Markle, the Duke and Duchess of Sussex, will not be present.

“After careful consideration, The Queen has decided that this year’s traditional Balcony Trooping the Color appearance on Thursday 2 June will be limited to Her Majesty and members of the Royal Family who are currently carrying out official public duties on behalf of the queen,” the palace said last month.

Harry and Meghan stepped away from frontline royal duties and moved to California in 2020, nearly two years after they married at Windsor Castle amid a host of family allegations, including battles within her own family and the royal family.

William and Kate Middleton, the Duchess of Cambridge, will also be on the balcony with their three children: Prince George, Princess Charlotte and Prince Louis. William, 39, is second in line to the throne after his father Charles, 73. The couple are pictured in 2018.
(Mark Cuthbert/UK Press)

Shortly before his wedding, his father Thomas suffered a heart attack after it was revealed he staged and sold photos of himself to ease family pressure, and admitted he has since apologized to his daughter for lack of judgment.

During an Oprah Winfrey on “CBS This Morning” in March 2021, Meghan admitted that her father had been hounded by the British press and showered with gifts in exchange for comments and stories about their family.

When Winfrey asked Meghan if she felt betrayed by her father for talking to the tabloids, especially just before her wedding to Prince HarryMeghan replied: “If we’re going to use the word betrayal it’s because when I asked him, when the communications team told us the story was coming out, we called my dad and I asked him and he said, ‘No, absolutely not.'”

Meghan said she tried to reason with him: “I just need you to tell me, if you tell me the truth, we can help you. And he couldn’t do that…it really resonated for me as a mother.”

“I watch Archie and I can’t imagine doing anything to hurt my child. I can’t reconcile that,” Meghan added of her three-year-old son. She has since given birth to her daughter Lilibet who will be one year old on June 4.

“Everyone is accountable. Look [the tabloids] stalked my mother. You never heard her say a word. She stood in silent dignity for four years watching me go through this,” Meghan described.

Prince Andrew will also be absent from the balcony and would have joined his mother for another special occasion.

Andrew stepped down from his senior royal responsibilities in 2019 and was stripped of his military titles and patronage in January following the revelation of his scandalous links to convicted sex offender Jeffrey Epstein.

Queen Elizabeth II and Prince Andrew, Duke of York, watch a flypast from the balcony of Buckingham Palace during Trooping The Colour, the Queen’s annual birthday parade, on June 8, 2019 in London, in England. He will not be present on the Royal Balcony during the Platinum Jubilee celebrations.
(Max Mom)

Virginia Giuffre has accused the British Royal Family of sexually abusing her when she was 17 and traveling with Epstein in 2001.

Giuffre, 38, reached a settlement with Andrew after a judge rejected the prince’s bid to have the trial dismissed earlier this year. Despite the settlement, Prince Andrew has never admitted to sexually assaulting Giuffre and has denied the allegations.

While still in the line of succession to the throne, he is ninth behind the children of Harry and Meghan, he cannot use “His Royal Highness” in any capacity.

The Duke of York, 62, is expected to attend Sideways Garter Day the Queen and other senior members of the British Royal Family. It will also be listed in the court circular the following day, the UK Times reported.

The ceremony, which is recognized as one of the “highlights” of the Royal Family’s summer schedule, will take place at Windsor Castle on June 13 for the first time in three years. The prince will attend in a private capacity as a royal knight.

Buckingham Palace has shared that the Queen’s attendance at events throughout the Platinum Jubilee weekend will likely only be confirmed “on the day” and Prince William and his wife Kate Middleton were asked to lead the Jubilee celebrations as senior members of the Royal Family. 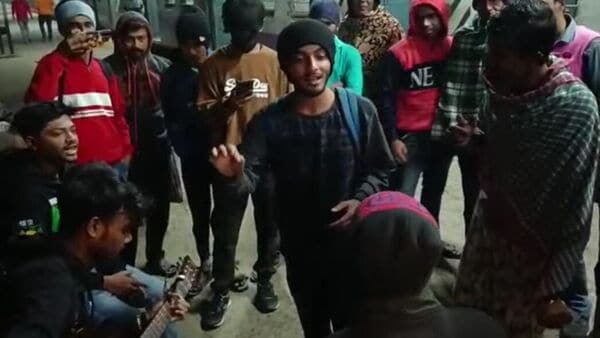