Jennifer Aniston was a stylistic inspiration for Mariah Carey.

The five-Grammy winner revealed that Aniston’s famous haircut in “Friends” encouraged her to try the bouncy look on her own.

“LOVE IT,” Aniston commented below the image with a fiery emoji.

While the hairstyle Carey sported in her photo wasn’t exactly Aniston’s hairstyle when she played Rachel Green in the second season of “Friends,” it did have some visual similarities.

The second season was notably the peak of the series with 29.4 million viewers on average, according to archived data from Nielsen.

Meanwhile, Aniston’s haircut became known as “The Rachel” and became a popular hairstyle that celebrities and everyday women would demand in the late ’90s, reports Biography.com .

Although Aniston, 52, complimented Carey, 51, for her Rachel-inspired hairstyle, the actress has publicly stated that she doesn’t like the haircut on herself.

“I wasn’t a fan of ‘Rachel’. It was a little scary for me,” Aniston told Glamor magazine in 2015. “Looking back, honestly, even during that time, I couldn’t do it all. alone. I needed [my hairstylist] Chris [McMillan] strapped to my hip. On my own, I’m not good with a hairbrush and a hairdryer. “

In recent years, Aniston has mostly donned long and sleek hairstyles which have now become her signature new look.

Aniston notably wore this style on the special “Friends: The Reunion”, which debuted on HBO Max on Thursday, May 27. 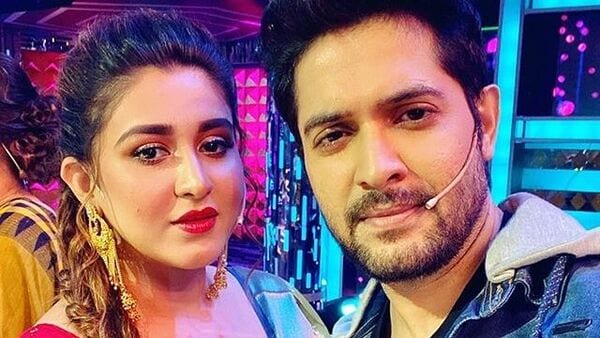